Teaching at the chair 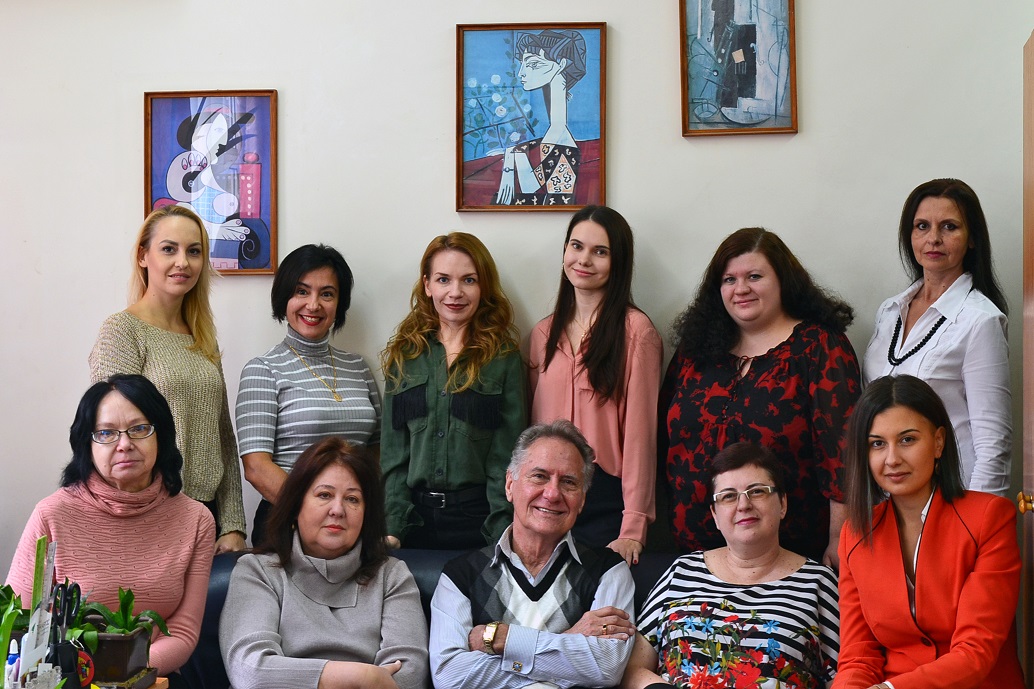 The Spanish Department of the Faculty of Foreign Languages ​​of Odessa National University was founded in 1963. That year, the first 10 full-time students were recruited. The department was opened as a section at the department of French philology due to the personal enthusiasm of the department head, Ph.D., associate professor Aksenty Gritsenko.

The first teachers of the section were: Zinaida Kryzhanovskaya, a graduate of Leningrad University and Neonila Prikhodko, a doctor by profession, a native speaker of the Spanish language, who lived for more than 20 years in Argentina.

The composition of the section expanded; Aleksey Matviychuk, Nina Trukhacheva, Georgy Kholomaniuk, Anatoly Verbin, Vladimir Fetisov (graduates of Leningrad and Voronezh universities), Nadezhda Yakovlyuk, a doctor by profession, native speaker of Spanish, who has lived for more than 20 years in Argentina.

The Department of Spanish Philology arose in connection with the need to have Spanish teachers in southern Ukraine and translators to work in Cuba and other Latin American countries, as well as in state and diplomatic institutions. Most of the first graduates worked as translators, but gradually the Spanish language as a foreign language spreads to secondary schools in Odessa, Mykolayiv, Kherson regions, where in particular the graduates of the Spanish department were employed, however, there were years when employment was carried out on an all-Ukrainian and all-Union scale.

Specialists of the department teach a number of theoretical and practical educational disciplines.

At the educational level, “bachelor”, the department staff read the following required disciplines:

At the educational level, the “master” by the department staff reads the following required disciplines:

Teachers of the department also provide tutorial on pedagogical, translator and assistant practice, as well as provide scientific tutorial to students to elaborate the scientific research.

The department is working on the general scientific theme “Study of the Spanish language (translation and teaching methods).” The results of the study are introduced into the educational process and are used in students' research. In particular, the main provisions and actual work data are used in the courses “Theoretical Grammar”, “Spanich lexicology”, “Spanish stylistics” and so on.