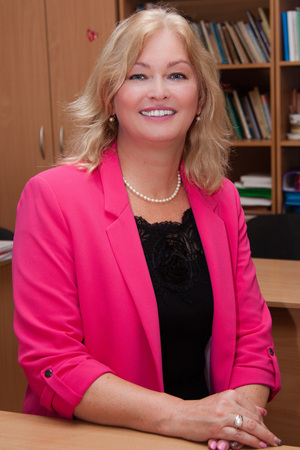 Teachers and employees of the department 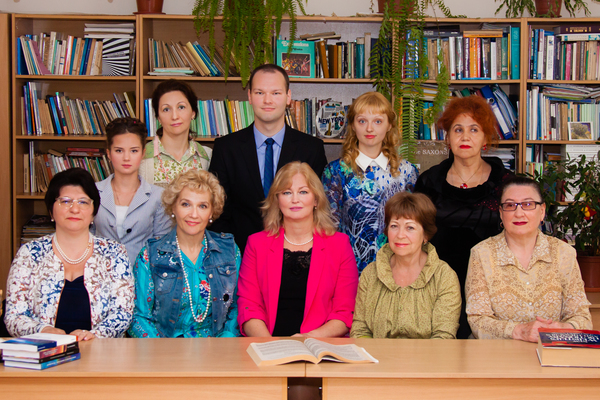 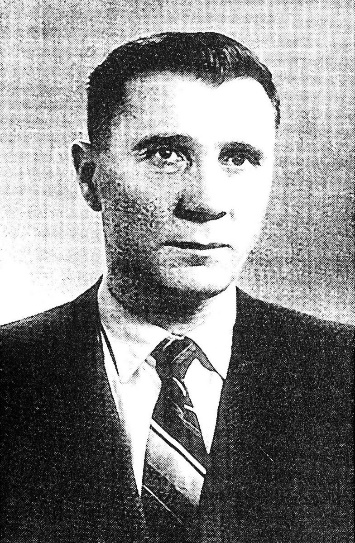 The English Grammar Department was founded in 1963 by a prominent linguist, doctor of philological sciences, full professor Andrew Korsakov, who was the leader of the department for 30 years. Prof. Korsakov is the author of more than 500 scientific works, among which are such studies as “The Use of Tenses in Modern English” and “Foundations of Modern English Grammar”. Under the supervision of Prof. Korsakov 1 doctoral and more than 30 candidate theses were successfully defended.

From 1989 to 2008 the department was headed by assistant professor Victoria Kolyada, PhD in Linguistics, who is the author of more than 150 scientific works, textbooks, and manuals among which are such studies as “Syntactic Analysis of the Composite Sentence” and “Methodology of Teaching Foreign Languages”. For her great achievements in teaching activities V. Kolyada was distinguished with the honorary award for Excellence in Education in 2010.

Since 2008 the Department has been headed by Elena Karpenko, doctor of philological sciences, full professor, who is the author or more than 100 scientific works, among which are such books as the monograph “Problematics of Cognitive Onomastics” and the textbook “Cognitive Onomastics”, which is recommended by the Ministry of Education of Ukraine. Prof. Karpenko developed a new trend in the investigation of proper names – cognitive onomastics. Her circle of scientific interests embraces the transformation of personal names in the realm of linguistic mentality, the structure of mental lexicon, cognitive grammar, problems of psycholinguistics, and literary onomastics. Under her guidance 1 doctoral and 9 candidate theses have been defended. Elena Karpenko is a member of the Ukrainian Onomastic Council of the National Academy of Sciences of Ukraine, of the American Names Society, the International Council of Onomastic Sciences, and the Ukrainian Association of Cognitive Linguistics and Poetics.

The Department provides teaching for specialists in several directions. First of all, it teaches grammar to the students of the Romance-Germanic Philology Faculty, future teachers of English and Spanish, as well as future interpreters. The staff of the Department helps them with mastering modern English and leads them into the scientific world of philology, introducing such theoretical courses as Germanistics, English Language History, Theoretical Grammar, etc. Professors and associate professors offer a wide range of special courses connected with the field of their professional studies.

Our lecturers deliver a variety of fundamental theoretical and practical courses:

On the undergraduate level the following compulsory subjects are taught:

On the graduate level the following compulsory subjects are taught:

On the postgraduate level the following subjects are taught:

The Department works on the research theme “Cognitive-Pragmatic Aspects of Language Unit Functioning in Various Types of Discourse” (st. num. 0119U002445, 2019-2023) under the guidance of Professor E. Karpenko. The results of the research are published in articles, abstracts, monographs, textbooks, approved at Ukrainian and international conferences, defended as doctoral and candidate theses.

Professors of the Department take part in the work of Dissertation Defense Boards, function as members of various editorial boards of philological journals. Prof. Karpenko is Chief Editor of the philological journal “Opera in Onomastica” (Index Copernicus).

Annual Students’ and Professors’ Scientific Conferences dedicated to modern linguistic issues are held at the Department.

During the period from 2008 to 2020 the following candidate thesis were defended:

The following doctoral theses were defended:

Room 131, Frantsuzky Bulvar 24/26, 65058, Odessa, Ukraine
Email: This email address is being protected from spambots. You need JavaScript enabled to view it.