The Leaders of the Subdivision

Staff, post-graduate students and students of the Department of Geography of Ukraine, Soil Science and Land Cadaster take part in the implementation of investigations and research work:

Gogolev Ivan Mikolaiovich was the establisher of laboratory and its scientific leader from 1971 to his death in 1996. He was a famous scientist, ScD in Agricultural sciences and the Professor. The head masters of the laboratory were E. Krasekha, Ya. Bilanchin, B. Turus, G. Sukhorukova. O. Tsurkan is a head master in present days.

The scientific school "Soil-Formative Processes in Chernozems of the Steppe Zone" has been formed during the years of laboratory existence and is operating now.

Research is conducted in the following directions:

Materials of long standing soil-geographical studies are summarized in monographs:

Krasekha, Ya. Bilanchin (2016) “Chernozems of irrigated areas in Odessa region”

In 1991-1995, the staff of the Department of Soil Science and Soil Geography and the Laboratory established the network of stationary sections of long-term (up to 100 years) soil-ecological monitoring on the irrigation areas of the Odessa region. The network of monitoring sections is currently operating in an experimental production mode, systematic monitoring of soil condition parameters of irrigation arrays and assessment of the trend of their changes under irrigation conditions and the subsequent post-irrigation evolution period are carried out.
Based on the results of soil-monitoring studies, an information database "Soil Fertility in the South of Ukraine" has been formed. Information about soil organic carbon (98 points) was transferred and used to building the first edition of the "National digital raster map of the content and concentration of soil organic carbon in the soils of Ukraine for a 0-30 cm layer using a 1 x 1 km grid map" as a component of  "GLOBAL MAP OF SOIL ORGANIC CARBON".

The network of stationary areas of the soil-ecological monitoring 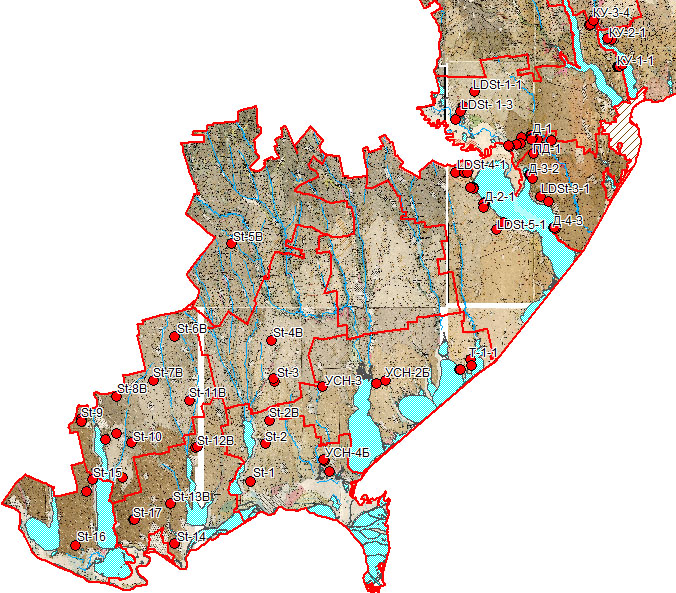 Since 2003, the staff of the Department of Geography of Ukraine, Soil Science and Land Cadaster and the Laboratory have been carrying out study and mapping soils on the Zmiyiniy Island within the framework of a comprehensive study of the island's unique ecosystem.

In 2011-2012 the study of the influence of the drop irrigation method on chernozems and the landscape-ecological situation in the irrigation zone of the south of Ukraine has begun. 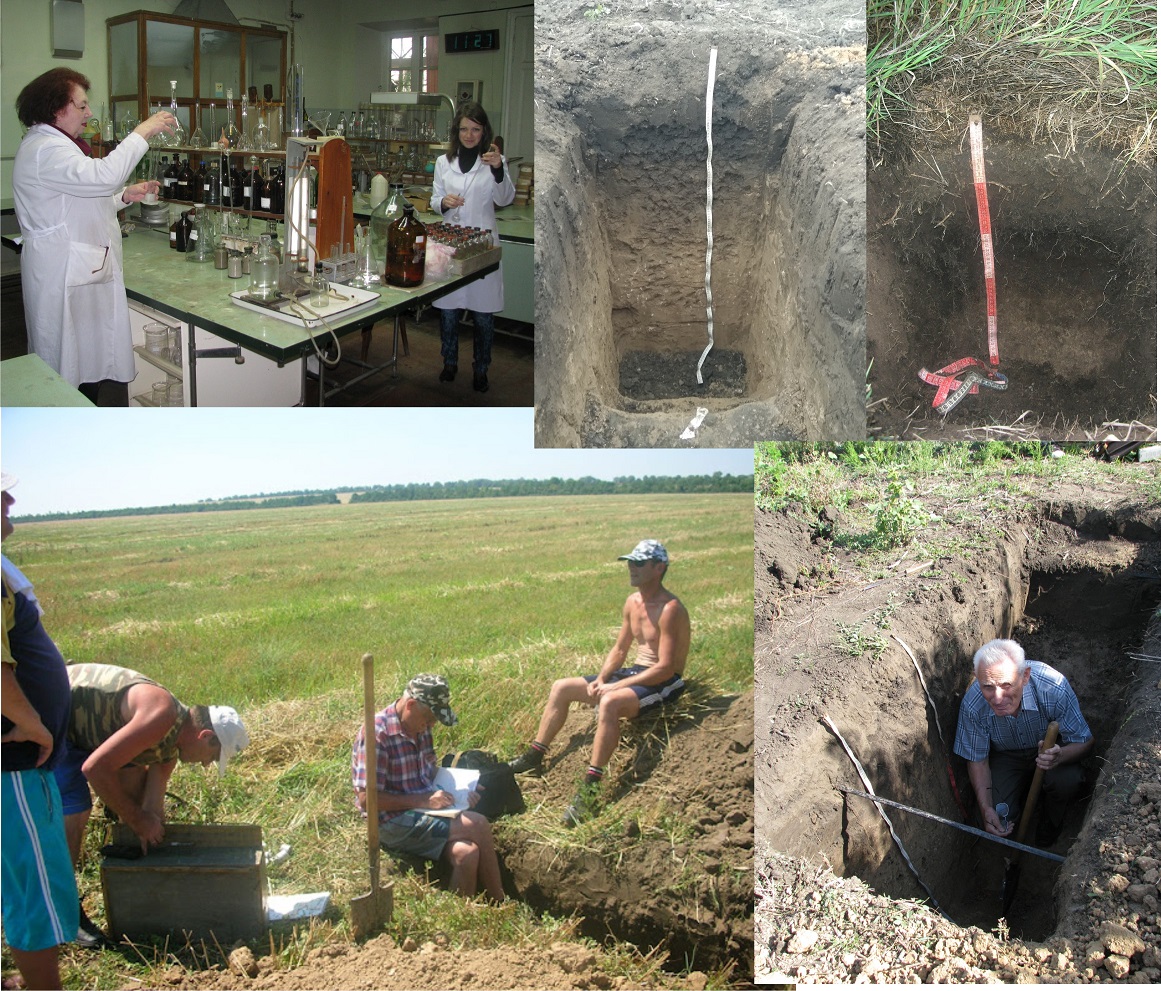 The Laboratory took part in international projects Tacis "Danube Lakes, Ukraine ...", "Comprehensive Program for Further Development of Infrastructure and Implementation of Economic Activities on the Zmiyiniy Island and the Continental Shelf" and "Technical Assistance in planning the management of the basin of the Low Dniester". In the framework of the projects tasks complex soil-geochemical studies, expedition-field and analytical work on the study and mapping of soils and vegetation of the study areas were carried out.

According to the results of the scientific researches which were carried out by the employees of the problem laboratory, more than 200 monographs and articles have been published, including for the last 4 years – 50 titles, most of which are available on the site of the repository of  Odessa I. Mechnikov’s University