Head of the Chair of methods of mathematical physics,,
Vaisfel’d Nataliya Daniilovna,
Dr. Sci. in physical and mathematical sciences, Professor 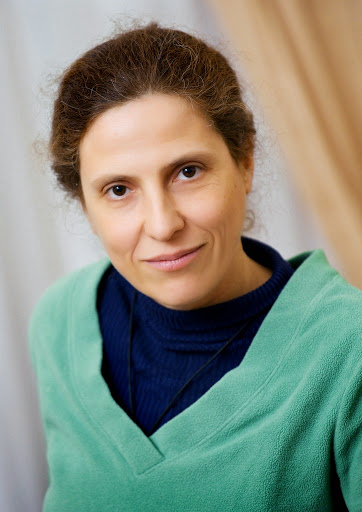 The chair of methods of mathematical physics was created in 1964, under the guidance of Dr. of physical and mathematical Sciences, prof. Yuri Iosifovich Cherskiy, whose studies have been associated with the development of methods for the solving of singular integral equations.

From 1972 to 2013 the chair was headed by Dr. of physical and mathematical Sciences, prof. Gennady Yakovlevich Popov - an outstanding scientist, the disciple of the academician M.G. Kreyn.

After his death, in January 2013, chair was headed by his disciple, Dr. of physical and mathematical Sciences, prof. Natalia Daniilovna Vaysfel'd.
During his scientific and lecturing activity professor G.Ya. Popov was created world-famous scientific school in mixed problems of mathematical physics, whose achievements now acknowledged the most authoritative international scientific schools and scientists.
This school unites numerous graduates of chair, working in Ukraine, Russia, Germany, Australia, Slovakia, the United States and Israel.

The specialty of the chair

Scientific -
Problems of mathematical physics with breaks in the area, including problems related to the destruction of fragile bodies.

Professor Popov G.Ya. prepared about 50 Ph.D dissertations and he performed as a scientific consultant in 12 Dr. theses.
Today his disciples prof. O.V. Onischuk and docent V.V. Reut prepared more than 10 Ph. Ds.
The postgraduate studies is opened on chair in "Mechanics of deformable bodies."
Employees of chair are members of the Specialized Scientific Council for Ph. D theses on the specialty 01.02.04 "Mechanics of deformable bodies."

Relations with international and domestic organizations

The department works closely with many scientific institutions of Ukraine, such as:

Traditionally the chair long time and effectively cooperates with:

The information for potential partners

The chair is interested in the implementation of joint projects in the following areas: