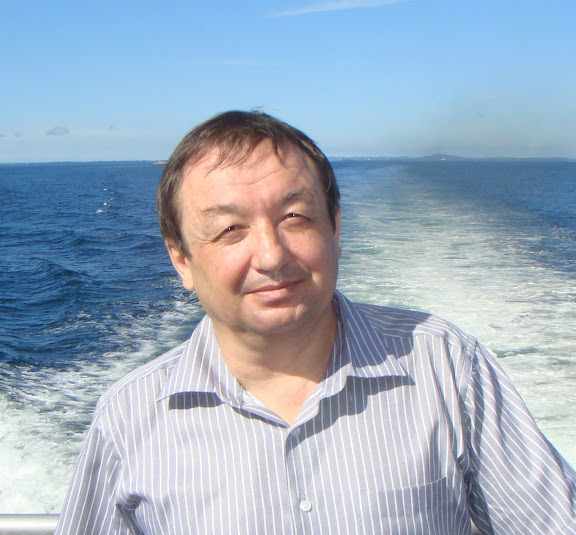 E-mail: This email address is being protected from spambots. You need JavaScript enabled to view it.

Mathematical analysis is the basis of mathematics education regardless of the students’ specialization. It can be said that the department has existed as long as the university itself. Although, it had another name at some periods in the past. For example, it was called The Department of Pure Mathematics in 1865, when the university was founded.

Since 2009 the department has been managed by Sc.D. Anatoliy A. Korenovskiy.

Group picture of the department

Scientific theme of the department

“Methods of the theory of functions in a harmonic analysis and integral operators with a change” (state registration number 0106U001415, a leader of the theme is a professor E.A. Storozhenko, term of implementation of the theme is 2010-2015 years).

A school of the theory of function, which was known not only in Ukraine, but also abroad, was formed at the department of mathematical analysis at the beginning of 90th. An all-union school of the theory of function was organized in 1991 with the help of the department. It was attended by more than 150 mathematicians from different countries and CIS cities. Scientific traditions are presently supported and developed.

Scientific activity of the department stuff is connected with the following directions:

A scientific seminar works on this subject (a leader is Professor E.A. Storozhenko).

The most significant results are represented in works shown in the list of publications of the members of the department.

The results of these works are used in different academic institutions and universities of Ministry of Education and Science of Ukraine – in the Institute of Mathematics of the National Academy of Science of Ukraine. The results are used for future researches, development of new and introduction of the existing special courses, representation of new themes of course and diploma papers, scientific activity of students which are the base for future diploma works in Dnepropetrovsk, Donetsk, Kiev, Lvov, Odessa universities. 7 different awards have been received, 137 scientific works have been published, 34 scientific reports have been made and 5 train aids have been given out during the last scientific theme implementation period.

Lecturers, postgraduates and students of the department were awarded numerous prizes of different degrees for the results of their scientific works. For example, Professor V.A. Andrienko and A.A. Korenovskiy were awarded diplomas of Ministry of Education and Science of Ukraine and diploma of Odessa National University. Senior lecturer N.A. Rozhenko got the bonus of trade union ONU for its 145 anniversary. Student O. Shlepakov got the first prize at the Ukrainian competition of students’ works for his master’s degree work “About exact continuation of functions classes which satisfy reverse Holder’s inequality”. Student V.V. Fomichov came 3rd in Ukrainian-Swiss competition of students’ works for his bachelor work.

The name of the scientific project (2001-2009) that was made by the members of the department is “Optimization of inequalities in a harmonic analysis and in the approximation theory” under the contract with MES of Ukraine F7/329-2001.

The department has maintained and established new connections such as probation, joint researches, lecturing with universities of different countries for many years. There is a partial list of these universities:

The department always keeps in touch with graduates, postgraduates and former employees who presently work in other cities and abroad. For example, an employee of well-known firm Bell Labs Lucent Technologies (USA) professor P. Oswald came to Odessa University in February, 2004. He graduated from the Odessa University in 1975, completed postgraduate in 1978, defended a candidate’s dissertation in 1978. The lection “N-member capacity approximation on spatial lattices” by Oswald collected a large audience of IMEM stuff.