Liubov Abravitova, Ambassador Extraordinary and Plenipotentiary of Ukraine to the Republic of South Africa

“Five years of study at the International Relations Department have certainly become a solid foundation in pursuing my dream of representing a strong independent Ukraine in the international arena. The well-balanced knowledge I received was not a mere transfer of information from professors to students. Instead, it was a basis for new ideas and an impetus for further self-improvement. No university can teach you all the intricacies of diplomatic work, while very few universities can provide the “tools” for such work. Both my own experience and the examples of a number of modern-day Ukrainian diplomats attest that our department does pass such “tools” to its students. It is always nice to hear the leadership of the Ministry of Foreign Affairs of Ukraine laud our Alma mater alumni. I hope that we will see our graduates among the heads of this institution in the near future!”

Dmytro Byliev, Charge d’Affairs of Ukraine in the Hashemite Kingdom of Jordan

“Analytics and language skills are the two bulwarks around which one should build their profile in diplomacy. Those are sort of a basic professional toolkit that allows to have comparative advantages in the world of international diplomacy. Solid academic background is a matter of utmost importance. This leads me to how grateful and respectful I am towards the team that led us through five years of studying at the IR department of Odessa National University. Its professional academic team showed us the horizons and gave us the tools to navigate this infinite sea of IR theories, methods, monographs, and authors. The secret of their highly efficient performance in teaching was that every single one of them approached their task as something personal. There was no place for imitation or formalism.” 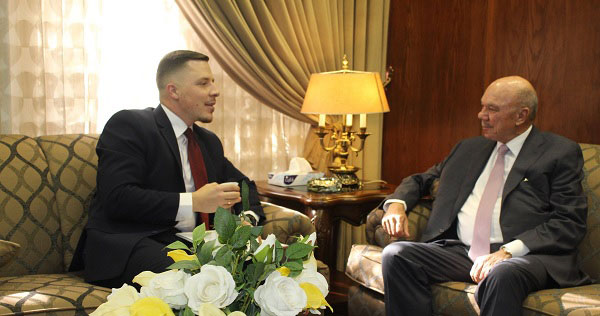 Maryna worked as a researcher at the Center for International Studies of ONU (2006-2013); a research fellow at the Odessa Branch of the National Institute for Strategic Studies; and a visiting lecturer at Comenius University in Bratislava.

“I really like the sense of our collective belonging to something common and meaningful, to the idea that we all represent the “Odessa School of IR.” It has its own history and a connection between generations of professionals. At ONU, we have heard that “We see further than others because we stand on the shoulders of the giants” from our early student days. 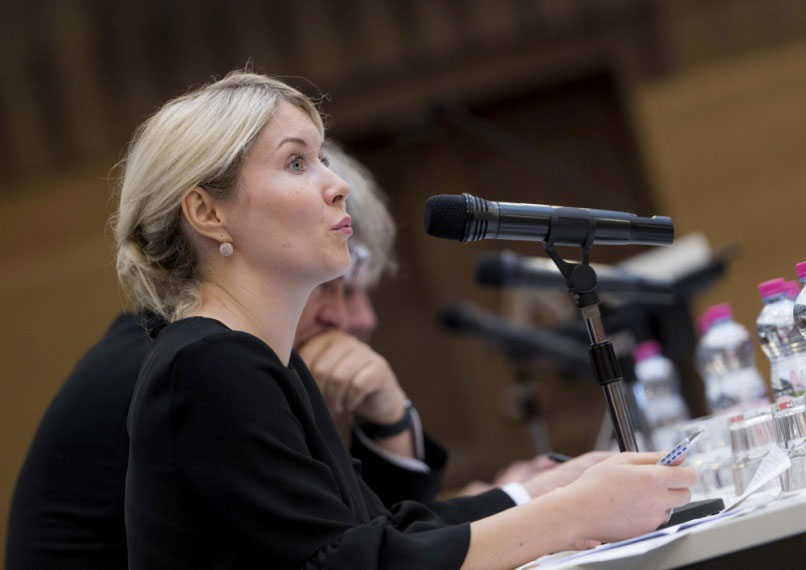 Evgeniia Gaber, PhD, Deputy Director of the G. Udovenko Diplomatic Academy at the Ministry of Foreign Affairs of Ukraine.

In 2009-2014, Evgeniia worked at the IR Department and in 2014-2018 she was an interpreter and then the second secretary of the Embassy of Ukraine in Turkey. She defended her dissertation “Regional dimension of Turkish-American relations in the post-bipolar period” in 23.00.04 – Political problems of international systems and global development – at Taras Shevchenko National University. She is the author of more than 40 scientific papers and co-author of several collective monographs on foreign policy of Ukraine, Turkey, and security issues in the Black Sea region and the Middle East.

“Every time during official talks and the most difficult translations I thank my Alma mater. I still use the theoretical knowledge and practical skills that I gained while studying at the IR Department. Diplomats, political scientists, analysts, and interpreters – these are the versatile soldiers with knowledge of several foreign languages ​​that graduate ONU IR department. Thank you very much for everything!”

“It is the broad knowledge and serious training at the International Relations department that makes its alumni so competitive. High level of English became a very important advantage in competing for the scholarships I received. ONU IR department has a very rigorous approach to language studies. On top of that, the fact that all the professors are truly passionate about their spheres of interest and actively participate in international scientific events played a special role in my development as a professional. Such attitude inspires students to develop, constantly improve, and explore. For me, personally, the existence of a unique field of research at ONU – weapons of mass destruction nonproliferation became crucial. The IR department’s Dr. Polina Sinovets is the director of the only nonproliferation center in the country. I am very grateful to my dear IR department that it has become a place of inspiration, where students are always treated with warmth and respect!” 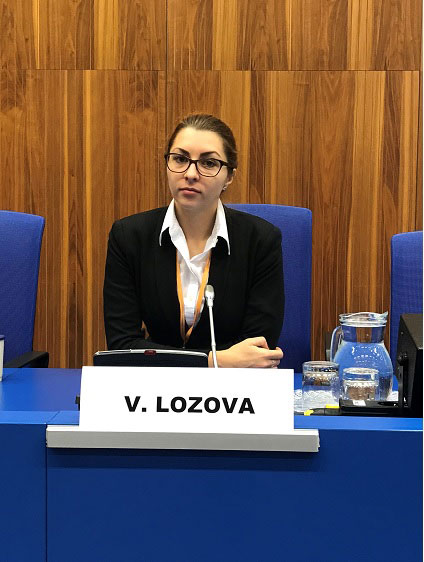 Nataliia Melnyk, PhD, First Secretary of the Mission of Ukraine to NATO

“I recall my studies at the department of International Relations of Odessa National University (1997-2002) and doctoral studies (2002-2006) with warmth, tenderness, and deep gratitude. The thorough knowledge, well-built program, and interaction with prominent international political scientists, who had already gained international recognition in the USA and Europe (S. Appatov, I. Koval, V. Glebov, O. Brusylovska, V. Dubovyk, S. Glebov, P. Sinovets, and D. Kuzmin), allowed me to enter the diplomatic service of Ukraine immediately after graduation. I would also like to express my gratitude to my supervisor, Prof. I. Koval, who devoted many years to the Department of International Relations; to all my English, German, and Turkish teachers for their patience and innovative methodologies in teaching foreign languages to students; and to all the Department staff for creating a unique atmosphere of kindness and inspiration. I always advise enrolling in our program if one dreams of working for the diplomatic service of Ukraine”. 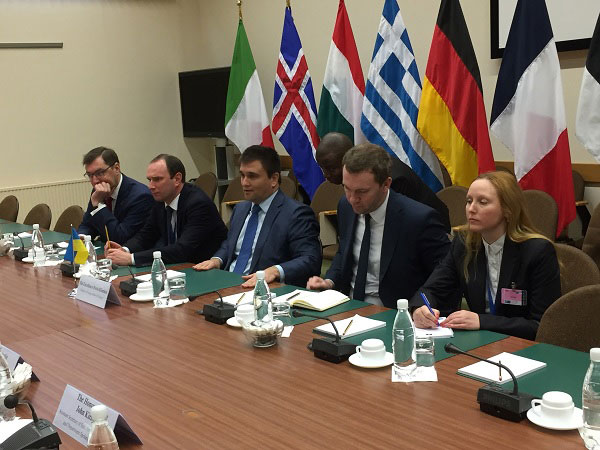 Violetta Udovik, PhD, Second Secretary of the Embassy of Ukraine in Japan for cultural and humanitarian issues

Master of Law in Political Science from Tokyo University (Masters Program for History of Politics and Diplomacy of Japan, 2009-2012). Fluent in Japanese, English, and Spanish. Was responsible for organizing many cultural events to promote Ukraine in Japan (2017-2020).

“While studying at the Department of International Relations, Political Science, and Sociology I had an excellent opportunity to not only study international relations but also undergo training in the UK and Germany, as well as visit Japan. I am very grateful to our professors for their knowledge, advice, and inspiration! 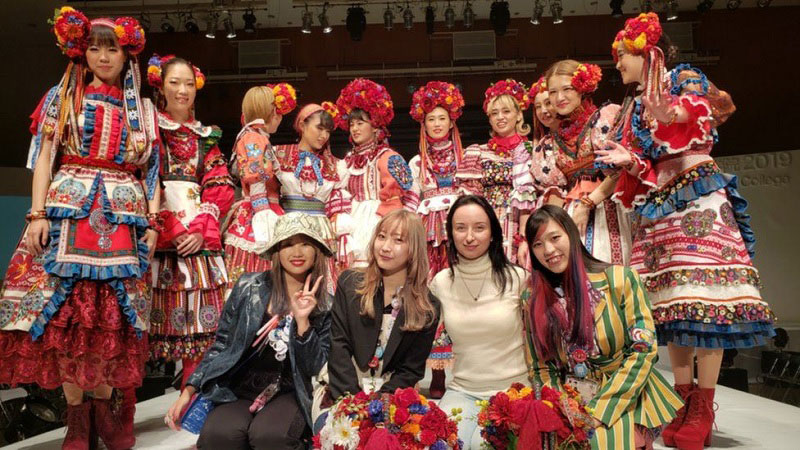