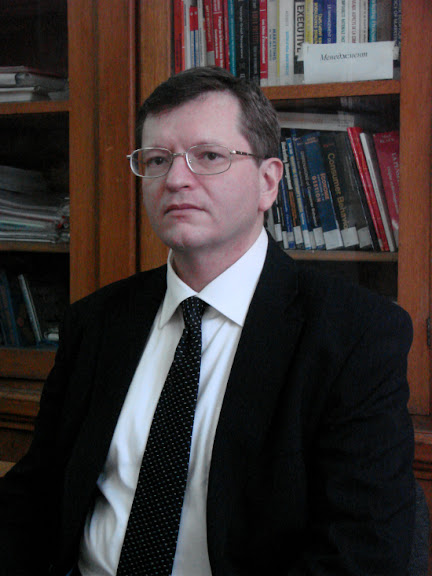 E-mail: This email address is being protected from spambots. You need JavaScript enabled to view it.

Professional interests - (areas of research): Cluster industrial policy as a tool for innovation development of the State; Economic problems of joint ventures with foreign investments at the modern stage.

2010 - Participation with a scientific report in the Summer Academy of the Institute of Eastern Europe Regensburg (located in Tutzing), Germany;

2012 - participated in the session of the Department of Curriculum Development at Central European University - Budapest, Hungary;

2011 - 2016 years - training in the form of job hunting doctorate in Donetsk Institute of Industrial Economics of National Academy of Sciences of Ukraine (since 2014 Institute based in the city of Kiev).

2012 -2013 - 2014 - Lecturing students (in English) in the framework of the "International Week" University of Sciences and Humanities city Siedlce - Poland.